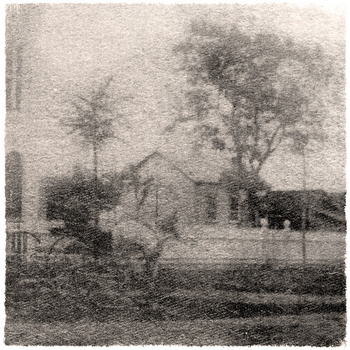 The world can be an ugly place. Since 2004, the members of Buckshot Facelift have funneled the death-rattle of impaled dreams, the agonies of lost causes and encounters with soulless creeps into a gurgling grindcore stew of filth and viscera. There have been some recent lineup changes, but Elder's Rasp, the band's third full-length [Old Souls Collective], is as vicious, jarring, and, well... UGLY as fans have come to expect. The band's Beardbacked Vomit Raider [vox] and Take the Plane to Work [bass] answered questions about Frank Sinatra and where the unicorns live. Get the digital or limited 11" vinyl versions of Elder's Rasp at www.buckshotfacelift.bandcamp.com

Horror Garage: What were some of the highlights -- and lowlights -- for the band during the three years between releasing Anchors of the Armless Gods and Elder's Rasp?

Beardbacked Vomit Raider: It was an eventful three years, Pitch. Want to see if someone's really your friend? Start a band together. There were a lot of fun shows that I can't remember, and one train wreck of a set in Baltimore we will never forget. Jail, court, drugs, deaths, fistfights, broken hearts, vomit. A few long-running relationships fell apart, a few families disbanded, a few friends died. A lot of relatives died. When you reach 30 years old you start realizing that you're just as full of shit as everyone else around you. Sometimes you can change that, but just the act of changing it can eat your heart out hollow. We've all got fairly adult day jobs and anyone who's left in the band is a functioning alcoholic. For now. The highlight of the last three years is Elder's Rasp; we sold our souls for that album. "Fuck Life" - Neglect.

HG: With so many bands still yearning for that big record contract, Buckshot Facelift seems to delight in doing just the opposite, running everything on the band's own power. Please explain your general philosophy and approach behind what you're doing.

Beardbacked Vomit Raider: We do shit our way because we knew from the get-go that grindcore doesn't pay bills -- it actually creates them. We invest a lot of money into some of the things we do, but that's because this isn't just us jerking off -- it's our legacy. Buckshot Facelift is likely one of the few things I will leave when I die and I want to have done it my way, like Frank Sinatra. We come from the DIY culture that existed on Long Island in the '90s. When people had hardcore shows at the YMCA in Huntington and blended them with food drives, pot luck meals and silk screening workshops -- I was very young and it made a big impression on me. Just like the propaganda that big record labels are putting out now is making a big impression on kids today. Fuck Corporate Music.

HG: What is the Old Souls Collective?

Beardbacked Vomit Raider: Old Souls Collective is members of Buckshot Facelift, along with some other various like-minded entities we grew up with on Long Island. We collaborate on lots of different projects with different people, and Old Souls is our way of branding our crew and some of the music that comes out of it besides Buckshot Facelift. We collectively have our hands in everything from TechDeath to Hip Hop to Folk music to experimental noise.

HG: If there's one thought or image you'd like someone to take away from listening to Elder's Rasp, what would you want it to be?

Beardbacked Vomit Raider: I hope it can help someone who's suicidal or who feels like shit slow down for a minute and relate a little. This album is about having your heart chewed up and spit out, being stabbed in the back, suffering an injustice, watching someone else take what's yours, holding grudges for half your life, drinking alone, hating life and just trying to maintain through that and go to work every day like a man and keep from really losing it. I can't tell anyone that "it's going to be okay," but I can tell you not to hold your breath and wait for someone else to help you. DIY motherfucker.

Take the Plane to Work: I hope they feel uncomfortable/uneasy, but happy as a clam.

HG: Your lyrics read like grotesque poetry. Who are some of your favorite authors or lyricists? Why?

Beardbacked Vomit Raider: Thanks. I read Nietzsche in the freezing lobby of the Suffolk County Probation office many times during the period when we were writing Elder's Rasp -- that was memorable. Some Aztec and some Norse mythology this time around, too. Brian from Neglect is a really underrated lyricist, as is Artie from Milhouse, and both those bands influenced the lyrics and vocals on this album a lot. Besides that, Annie Dillard gives really visceral descriptions of things in nature that I like. Neil Gaiman is brilliant. Very lyrical Hip Hop, such as Big Pun, AZ, RA the Rugged Man and Kool G Rapp, are big Buckshot Facelift lyrical influences too. I've freestyle rapped since my late teens, but never pursued it beyond recording mixtapes for my friends and battling people at parties sometimes -- my first love is underground metal and hardcore vocals. I wrote from the heart, often about people who I truly hate or love -- or both -- on this album.

HG: The Buckshot Facelift Lyrical Universe is populated by drug-addled scumbags, dangerous assholes and egotistical douchebags. Where do the unicorns live?

Beardbacked Vomit Raider: You know that movie from the early '80s, Legend? We aren't Tom Cruise, we're the goblins that ruin everything and fuck up the unicorn -- "BLACK AS PITCH". We also only watch that movie with the Tangerine Dream sound score on while drinking tequila on a rainy Tuesday morning in a cold basement next to boxes with photos of dead relatives. Alone.

HG: Am I correct in believing that some of the unsavory characters in your songs are real-life people I might be able to identify if I ran across them? If so, have you ever had to deal with the fallout of someone not appreciating having a Buckshot Facelift song about them?

Beardbacked Vomit Raider: I don't just write lyrics every time someone cuts me off in traffic or steps on my shoe -- these people stabbed me or other members of Buckshot Facelift in the back and hurt other people, too. Leeches, fair-weather friends, compulsive adulterers, emotional vampires, pedophiles, thieves -- the dregs of society. Fuck 'em. Some people I just vented about, but I hate most of them so much that I want to still hate them after I'm dead through these songs.

HG: One of the tracks is titled "Lambs Pee Blood." Do they really? Tell us about it.

Beardbacked Vomit Raider: Beauty is in the sty of the beholder... "If you want to be happy for the rest of your life -- never make a pretty woman your wife." - Jimmy Soul.

HG: The song "What Would Lee Do?" is dedicated to Lee Altomare, guitarist of The Communion who died of complications from surgery. Tell us a little about how Lee earned this song.

Beardbacked Vomit Raider: It's hard to put in words. He was a funny, sarcastic bastard and he'd probably have a good wisecrack right about now. He put his life into the underground scene and never looked back, but also did it in selfless, welcoming way that strengthened it as a community. I first met him in front of Tower Records in Huntington talking about writing letters back and forth with Dying Fetus. It was probably 1997. People the world over mourned Lee.

Take the Plane to Work: Not only was Lee a friend, but he was literally the only person who booked us over, and over, and over again. He really helped us as a band.

HG: You're from Long Island... do you have any theories on the Gilgo Beach Killer?

HG: What can you tell us about the projects Spermworm, Thirsty! and The Back of My Face?

Take the Plane to Work: These are all side projects I'm involved in [bass]. Spermworm is a noise demo I did in about two hours. Everything was done on guitar without any pedals. Thirsty! is fast, tech, melodic punk/hardcore featuring the current drummer of Youth of Today and BOLD -- think Lifetime meets Shai Hulud. The Back of My Face is an acoustic instrumental project I've been doing for several years now. It's late night, long drive home kinda shit, thought provoking while being very minimal. Think Sun Kil Moon without any vocals. New material on each are due later this year or early next year.

HG: What's next on the band's agenda?

Beardbacked Vomit Raider: Progressive social disorders, eventual misanthropy, lonely nights, liver disease and early graves. We owe some people shows and some shows are owed to us -- let's get busy. You can always get the latest Buckshot Facelift news and live videos at BuckshotFacelift.blogspot.com -- download our first two albums for free while you're there.

HG: In closing, describe, in detail, your "quiet place."